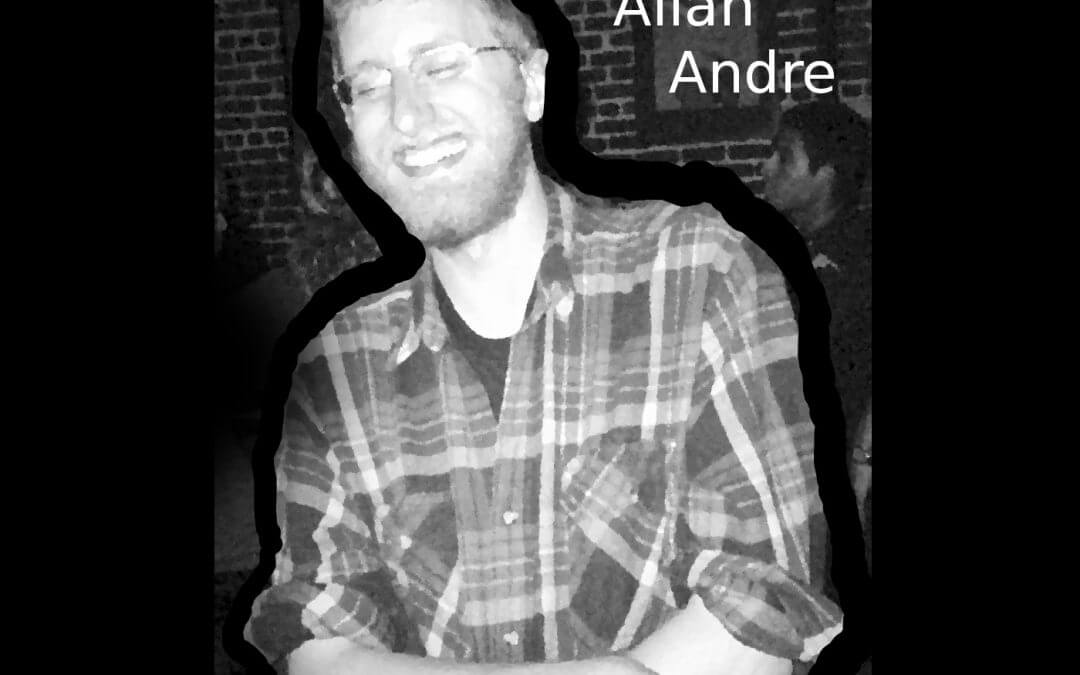 An album of original solo songs for voice and guitar, with backup vocals overdubbed by myself and by Ivan Klipsten. Ivan was also the recording engineer. This was made in 2010 on analog tape at his Kit Kitchen portable studio, then based in New Orleans. Snakebite by...

Him And Her by Ornette Coleman

Allan Andre, guitar. Improvised live on KVCU 1190 AM. December 30, 2014. This is “Him and Her” by Ornette Coleman. His composition is repeated twice at the beginning and end; the middle is my improvisation. Picture is of Ornette Coleman, photographer unknown.

“Him And Her” by Ornette Coleman (Solo Guitar Arrangement)

This is an original arrangement and performance of Ornette Coleman’s “Him and Her” for solo guitar. Live at Naropa University, 4/28/13.

Three Spots Under The Shade by Edwin Torres

Allan Andre, vocals and guitar. Recorded by Ivan Klipstein at the Hit Kitchen, May 2010. From the CD-R album “Snakebite”. Photo by Allan Andre.